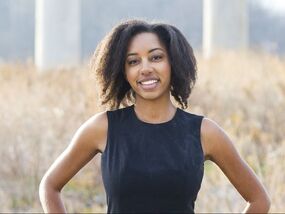 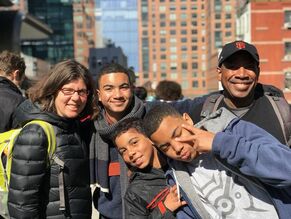 Sections that need to get built or that we're working on

​Earle McCartney - Earle McCartney's short stories have appeared in Zyzzyva, The Common, Meridian, Big Fiction, and The Greensboro Review. He received an MFA from the Iowa Writers' Workshop and was a recipient of The San Francisco Foundation's 2013 Joseph Henry Jackson Award. A native of rural southern New Jersey, Earle has lived in San Francisco for the last twelve years.

Amanda Moore - Amanda Moore's poetry has appeared in journals and anthologies including ZZYZVA, Cream City Review, and Best New Poets, and her essays have appeared in The Baltimore Review, Hippocampus Magazine, and on the University of Arizona Poetry Center’s blog. She is a Contributing Poetry Editor at Women’s Voices for Change, a Board member for the Marin Poetry Center, and a high school teacher. Amanda lives by the beach in the Outer Sunset neighborhood of San Francisco with her husband and daughter.

Mia Paschal - Mia Paschal is an actress and playwright who moved to San Francisco from Milan, Italy to study with Ed Hooks. Along with her ensemble theater and film work, she has written and performed four award-winning solo shows: "some life", "This Lily Was (Fontana)”, "Along the Path of Larks and Swallows", and "Heartbreak Velocity." The San Francisco Museum of Modern Art and the Oakland Museum of California have also commissioned her to write site-specific works, “My Jim Dine Valentine” and “Trevlig.” Writing in Italian, French, Danish, and English, her poetry will be next featured in the winter issue of The Copenhagen Review.

Maddy Raskulinecz - Maddy Raskulinecz is a fiction writer from Maryland, now living in San Francisco. Her fiction has appeared in Zyzzyva, Guernica, Joyland, Tin House Online, and elsewhere, and was recently included in The Best American Nonrequired Reading 2019. She holds an MFA from Johns Hopkins University.
​
Shruti Swamy - The winner of two O. Henry Awards, Shruti Swamy's work has appeared in The Paris Review, the Kenyon Review Online, Prairie Schooner, and elsewhere. She is a Kundiman fiction fellow, a 2017 – 2018 Steinbeck Fellow at San Jose State University, and a recipient of a 2018 grant from the Elizabeth George Foundation. Her story collection A House Is a Body is out from Algonquin Books.
ALWAYS AVAILABLE:
We have quantities of books and media available for purchase from our warehouse by the box or pallet (32 boxes). Each box contains 20-30 books sorted by subject and of the same general quality seen at our annual Big Book Sale. Prices start at $25/box. Buyer must pick up at our San Francisco location. Bulk discounts available. Contact david.silberman@friendssfpl.org for more information.

Sale Dates 2019: September 18-22,  10 AM - 6 PM
Friends Member Preview: Tuesday, September 17, 4-8 PM
Every year the Fort Mason Festival overflows with bargain shoppers at the Big Book Sale, an iconic San Francisco tradition. Friends’ Members will kick off the sale Tuesday night at the Member Preview Sale and Reception, from 4-8PM. The sale opens to the public on Wednesday morning through Sunday. On Sunday, all items will be sold for just $1. All sections will be restocked daily with new and exciting finds; there will be no shortage of great titles. The multi-day event attracts over 10,000 book lovers from the Bay Area and beyond. We can’t wait to see you at the Big Book Sale this fall!
Sponsors and Media Partners
Shifts for the 2019 Big Book Sale open NOW! Sign up below to stay informed! For questions about how to become involved in the 55th Annual Big Book Sale, please contact Kelenia Olsen, Manager of Volunteer Services, 415-477-5223 or kelenia.olsen@friendssfpl.org 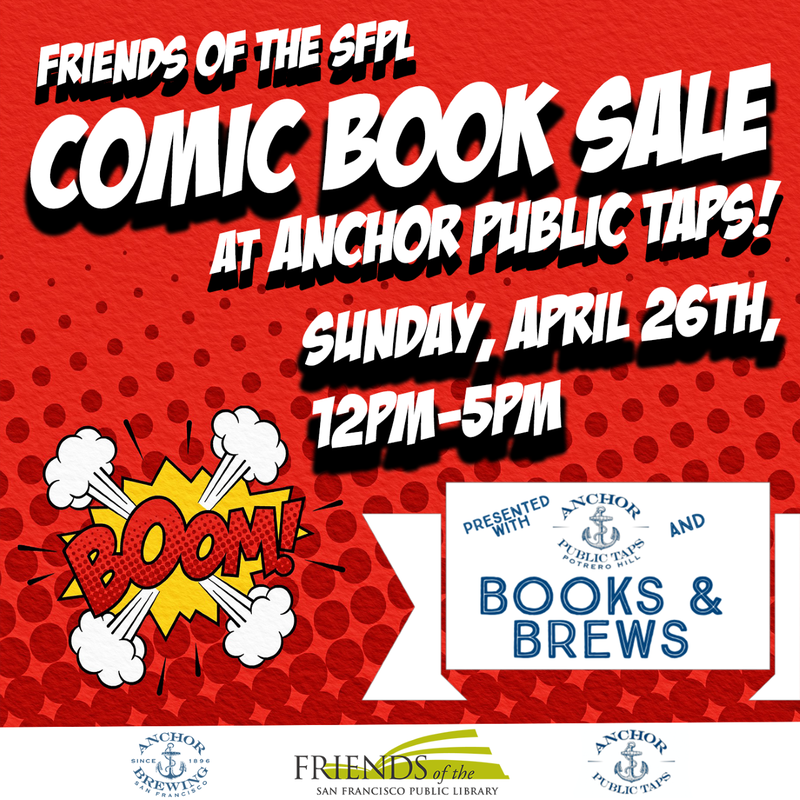 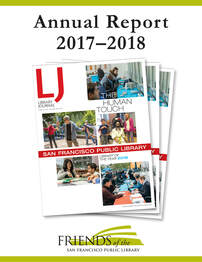 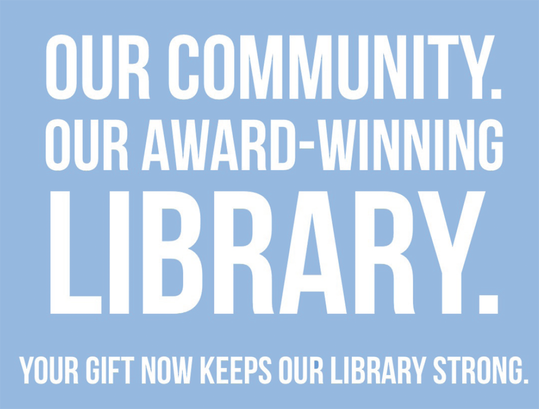 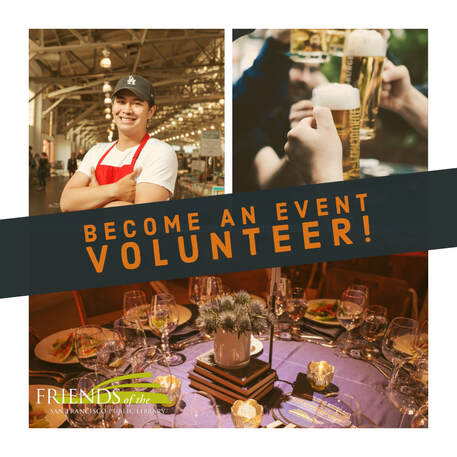 Thank you so much for an amazing night!

First Fridays at Fort Mason
​
Every first Friday of the month we'll  feature a special sale at Readers Fort Mason. Join us Friday, November 2nd-4th for a massive Kids Book Sale!
All picture books, board books and young adult books will be 20% off all day starting Friday and continuing through Sunday.
Shop all weekend!
In addition to Readers regular selection, the sale features special inventory that will be set aside and in store that day. Buy Books Support Our Libraries!

​
Or you can CLICK HERE to download our Take-a-Stand form to fill it out by hand and mail it in! 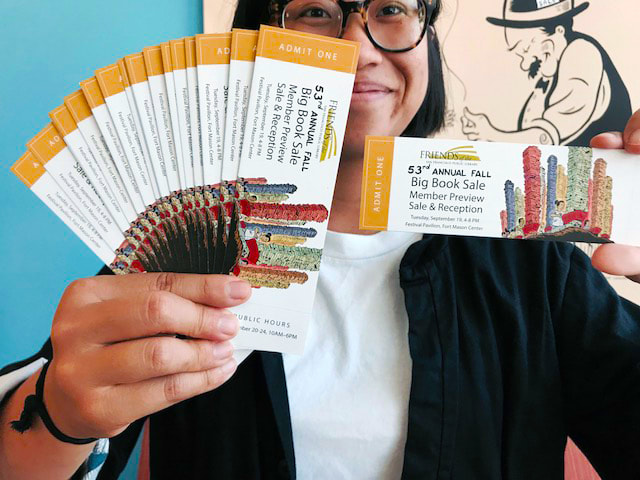 As part of the event, the Friends of the SFPL will also have a booth of rare, collectible and unusual books as well as a number of bargain books starting at $10. The items range from a copy of Picasso’s La Guerre et la Paix , to a number of signed catalogs and monographs and just some unusual and hard-to-find items. The booth will be in the project area near the space the invited artists are using to repurpose book materials into unique creations.
More info 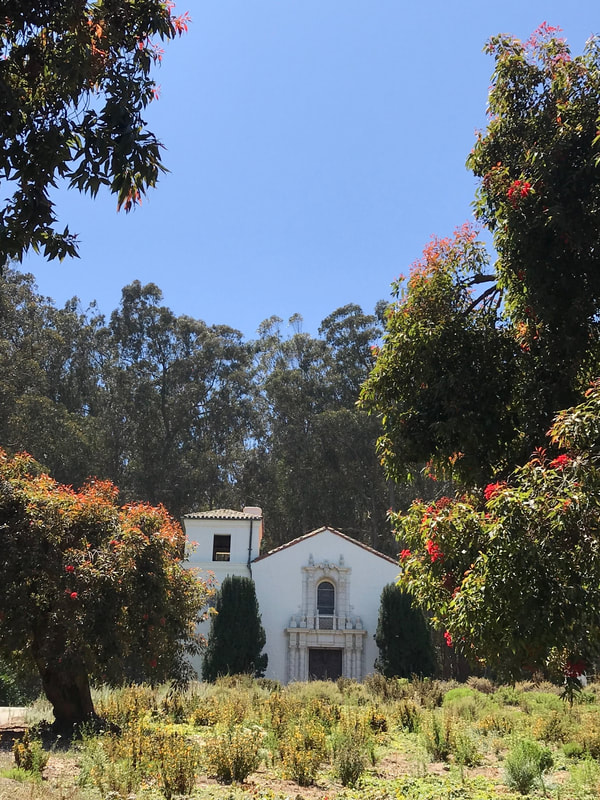 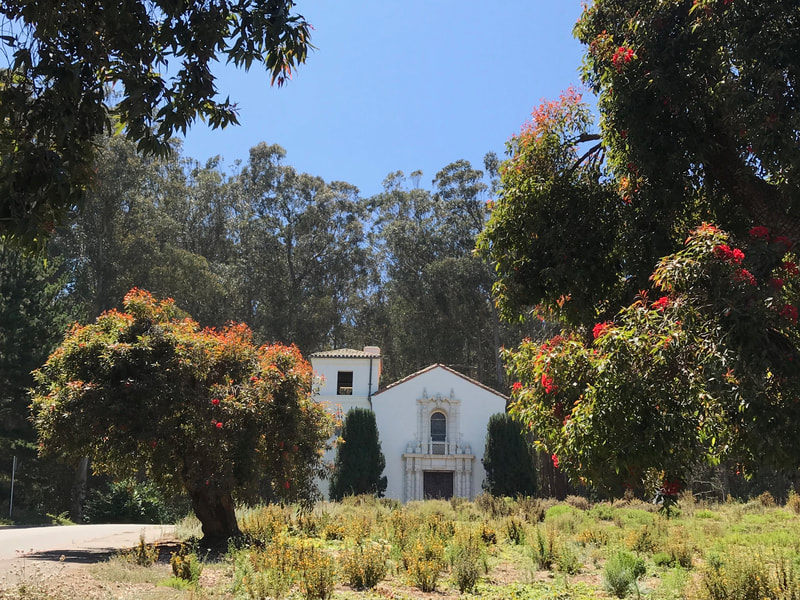 ​A  Special  Thanks  To  our  supporters

If you have already made a legacy gift, please let us know so we may send you an invitation to our Mary Louise Stong Society Legacy Circle. If you intend to make a planned gift or have any questions, please email (craig.palmer@friendssfpl.org.) or call our Chief Advancement Officer, Craig Palmer, at (415) 477-5220 so we may provide you with more information and answer your questions.

Bring together 30 distinguished writers and poets -- Laureates as different as Grateful Dead biographer Dennis McNally or international best-seller Carolina de Robertis – and what do you suppose is uppermost on their minds?
Overwhelmingly, one galvanizing idea: Libraries deliver democracy.
The occasion was our recent Library Laureates 2017. As each Laureate rose to speak, sharing a singular passion from a variety of perspectives, inevitably their comments came around to the contemporary immediacy of this concept.
​     This is the idea which is driving us right now at Friends of the San Francisco Public Library. We want to be sure we are doing everything we can to provide the funding our San Francisco Public Library needs to keep strong and accessible to everyone – especially in times like these.

Together, Friends, the Library and you, create a powerful partnership to meet the challenges of today. We call it The Partnership Making the Exceptional Difference because you help Friends fund what the Library cannot.
The City of San Francisco’s budget for the Library primarily funds salaries and daily operations. Friends’ financial support allows the Library to do the exceptional.  Here are a few examples of these exceptional differences:

For author and 2017 Library Laureate Dennis McNally, “The principle of the public library – that all information be held in common, free to any person – is as fine an expression of civilized behavior as the human race has yet achieved.” For Carolina de Robertis, that democracy is “a beacon of possibility and urgently needed hope.”
​
This certainly rings true for us here at Friends. We know this is a priority for you, too, and we hope it becomes that clarion call to join us in the partnership making the exceptional difference -- Friends, the Library, and you. Just click the button below to become a member of friends:
Join Now
Or make a donation today to help us ensure our Public Library remains a premiere public institution. To make a donation, simply click the button below
Donate Now
Now it's your turn: We want to hear from you! Please click this link and tell us why you think Libraries Deliver Democracy. We look forward to sharing your response on our Facebook page and our website. And please make sure to use the hashtag #LibrariesAreDemocracy on Facebook, Instagram and Twitter. Help us spread the word!
What will be featured this week?
​In addition to gifting annual financial support to the Library, Friends provides fiscal management, investment services and guidance to the Library for both unrestricted and restricted funds including endowments.