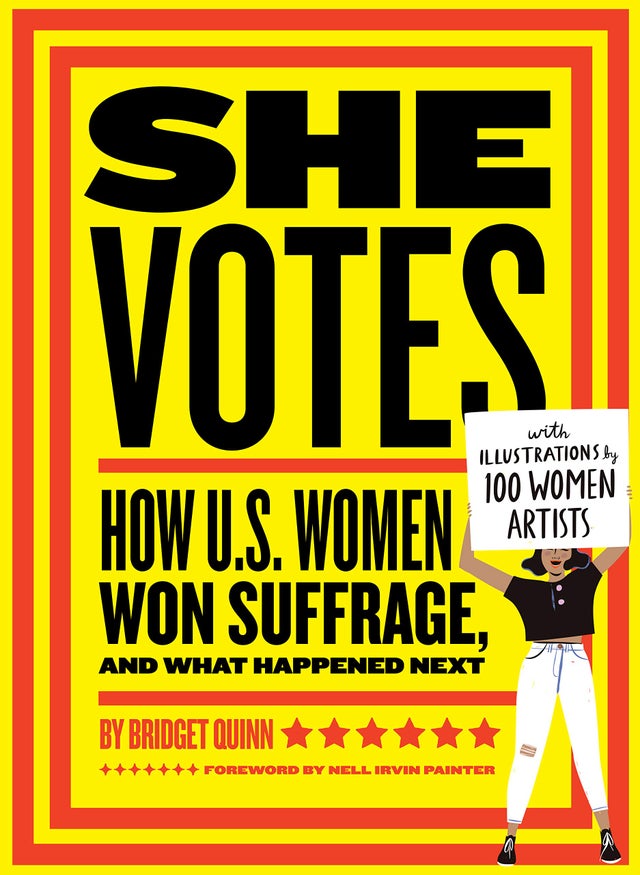 She Votes: How U.S. Women Won Suffrage, and What Happened Next

She Votes: How U.S. Women Won Suffrage, and What Happened Next by Bridget Quinn

She Votes, published in August, coincides with the 100-year Anniversary of ratification of the 19th Amendment, and as a hat-tip to the centenary, it's illustrated by 100 women artists, some of them local. The book is an intersectional story of the women who won suffrage, and those who have continued to raise their voices for equality ever since, including a chapter on Wilma Mankiller that begins with her time in S.F. and other local events like the Occupation of Alcatraz by IAT and the 1984 Democratic convention with Geraldine Ferraro.

Bridget Quinn is author of She Votes: How U.S. Women Won Suffrage, and What Happened Next, and the award-winning Broad Strokes: 15 Women Who Made Art and Made History. Translated into four languages, in 2018 Broad Strokes was a national finalist for best art book of the year in Ukraine. NPR’s Susan Stamberg calls it “a terrific essay collection” with “spunky attitudinal, SMART writing,” marking the second time “attitudinal” has been used about her work (first: Kirkus 1996).