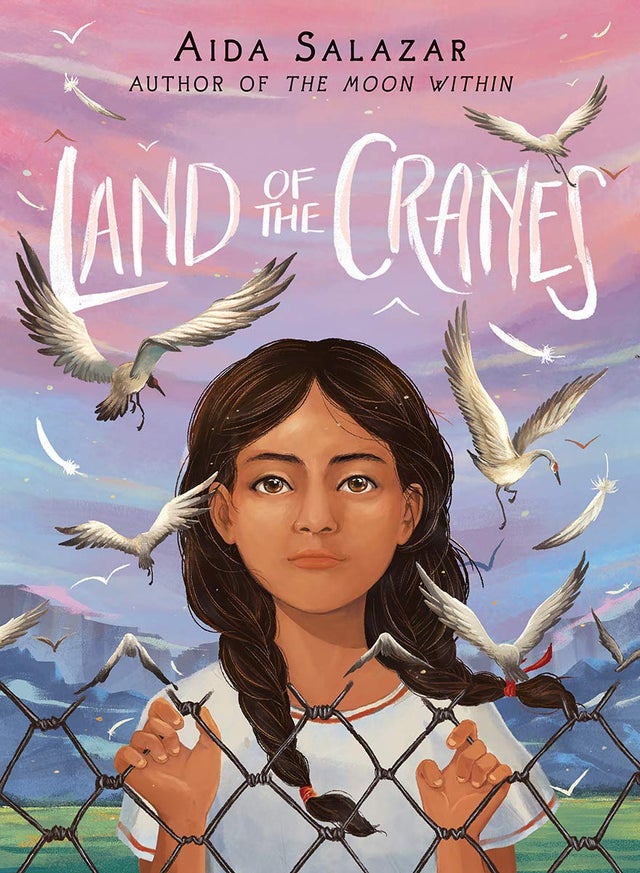 The Land of the Cranes (PRE-ORDER)

Nine-year-old Betita knows she is a crane. Papi has told her the story, even before her family fled to Los Angeles to seek refuge from cartel wars in Mexico. The Aztecs came from a place called Aztlan, what is now the Southwest US, called the land of the cranes. They left Aztlan to establish their great city in the center of the universe-Tenochtitlan, modern-day Mexico City. It was prophesized that their people would one day return to live among the cranes in their promised land. Papi tells Betita that they are cranes that have come home.

Then one day, Betita's beloved father is arrested by Immigration Customs Enforcement (ICE) and deported to Mexico. Betita and her pregnant mother are left behind on their own, but soon they too are detained and must learn to survive in a family detention camp outside of Los Angeles. Even in cruel and inhumane conditions, Betita finds heart in her own poetry and in the community she and her mother find in the camp. The voices of her fellow asylum seekers fly above the hatred keeping them caged, but each day threatens to tear them down lower than they ever thought they could be. Will Betita and her family ever be whole again?

Aida Salazar is an award-winning author and arts activist whose writings for adults and children explore issues of identity and social justice. She is the author of the critically acclaimed middle grade verse novels, The Moon Within (International Latino Book Award) and the just released Land of the Cranes.