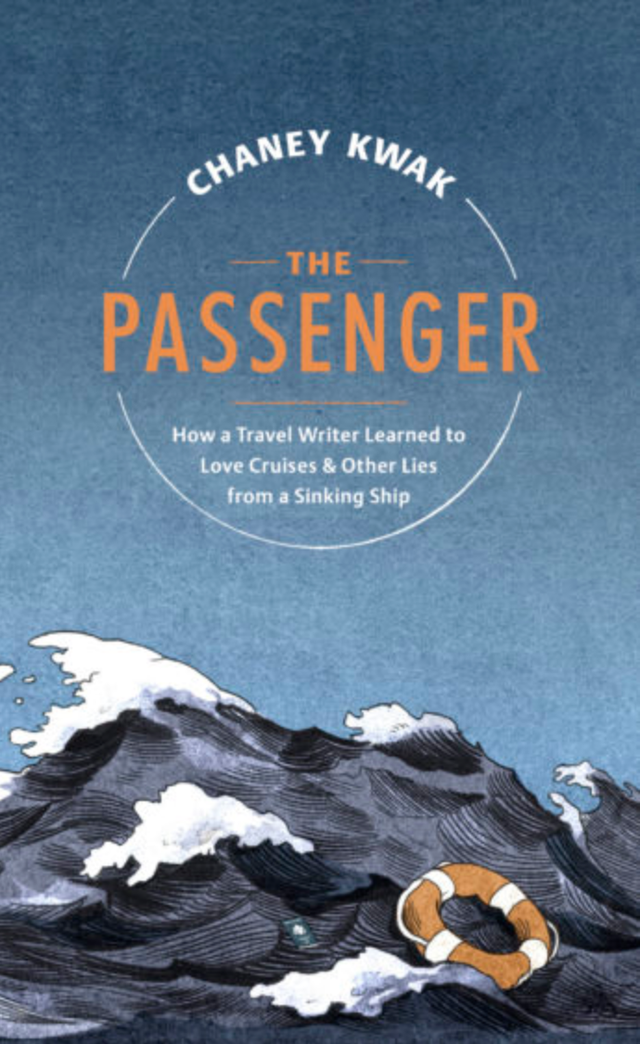 The Passenger: How a Travel Writer Learned to Love Cruises & Other Lies from a Sinking Ship

In March 2019, the Viking Sky cruise ship was struck by a bomb cyclone in the North Atlantic. Rocked by 60-foot swells and 87-mile-per-hour gales, the ship lost power and began to drift straight toward the notoriously dangerous Hustadvika coast in Norway. This is the suspenseful, harrowing, funny, touching story by one passenger who contemplated death aboard that ship.

Chaney Kwak is a travel writer used to all sorts of mishaps on the road, but this is a first even for him: trapped on the battered cruise ship, he stuffs his passport into his underwear just in case his body has to be identified. As the massive cruise ship sways in surging waves, Kwak holds on and watches news of the impending disaster unfold on Twitter, where the cruise ship’s nearly 1,400 passengers are showered with “thoughts and prayers.” Kwak uses his twenty-seven hours aboard the teetering ship to examine his family history, maritime tragedies, and the failing relationship back on shore with a man he’s loved for nearly two decades: the Viking Sky, he realizes, may not be the only sinking ship he needs to escape.

The Passenger takes readers for an unforgettable journey from the Norwegian coast to the South China Sea, from post-WWII Korea to pandemic-struck San Francisco. Kwak weaves his personal experience into events spanning decades and continents to explore the serendipity and the relationships that move us—perfect for readers who love to discover world travel through the eyes of a perceptive and humorous observer.